“I want to keep seeing you,” he told me, as he met my gaze without blinking. My heart fluttered as I inwardly rejoiced. This man had been discerning whether he wanted to officially ask me out for months now, with no commitment. This statement told me that he had made his choice.

“So do you mean we’re a couple now?” I asked tentatively.

“Oh, I’m still not sure about dating,” he replied. “I just want to stay here all day and keep seeing you.”

My heart sank. He did not mean that he wanted to keep seeing me. He only wanted to continue to look at me. And it hurt. I wanted to be regarded as someone with value because of my unique personhood and not just because of my physical features.

Every human being has the desire to be seen and not merely looked at. In the Gospel of Luke, Jesus demonstrates what this means. Jesus is invited to a dinner party by Simon the Pharisee. A “sinful woman” enters the party with an alabaster jar, anointing Jesus’ feet and wiping them with her hair. Simon cannot believe that Jesus allows her to do this, saying:  “If this man were a prophet, he would know who and what sort of woman this is who is touching him, that she is a sinner” (Luke 7:39 NAB).

Jesus rebukes Simon with the words, “Do you see this woman?” (Luke 7:44 NAB). He then praises the woman for showing him more love and a more esteemed greeting than Simon had.

Simon did not endeavor to see the woman with the alabaster jar. He only looked at her outward appearance but neglected to notice her heart. Her beautiful display of adoration and humble repentance revealed her true self. However, those who only looked at her were blind to this reality.

Some time has passed since this man made the comment about wanting to keep seeing me. However, a day rarely goes by that I don’t let these words transform my own heart and ask God to help me really see people.

I attend a weekly homeless outreach in which food, supplies, and prayers are offered to those living on the streets. The founder of this ministry was himself homeless for seven years. He is a wonderful example of one who sees people. His vision sees past the exterior and knows the heart of each person because he experienced their same pain.

One evening, I was lamenting that I missed Mass on the morning of an outreach. I did not receive the Eucharist, and felt rather empty without Jesus inside me, animating me. Immediately, God responded to that thought, saying, You will be receiving Me. I Am in the people on the streets.

This insight inverted my entire way of thinking. In touching those in need, I would be really touching Him (Matthew 25:40). God invited me to see Him in the poor and vulnerable in a new way. That night, armed with God inside of me from consuming Him bodily in days past, I really saw people. I talked to those who kept their heads down. I asked them their names and shared mine. I looked into their eyes and saw their grateful smiles. I saw past their outward appearances as the Lord revealed their bright and shining hearts. If I had only looked at these people, I might have missed the truth: Each one of them reveals the heart of God.

Jessika Santulli is a native of Northern New Jersey, where she is actively involved in youth and young adult ministry. She became a student of the Theology of the Body after reading the encyclical Humanae Vitae and is excited to help others discover the life-changing message of the Gospel. She has written for various Christian publications and blogs at http://catholicsafari.com. 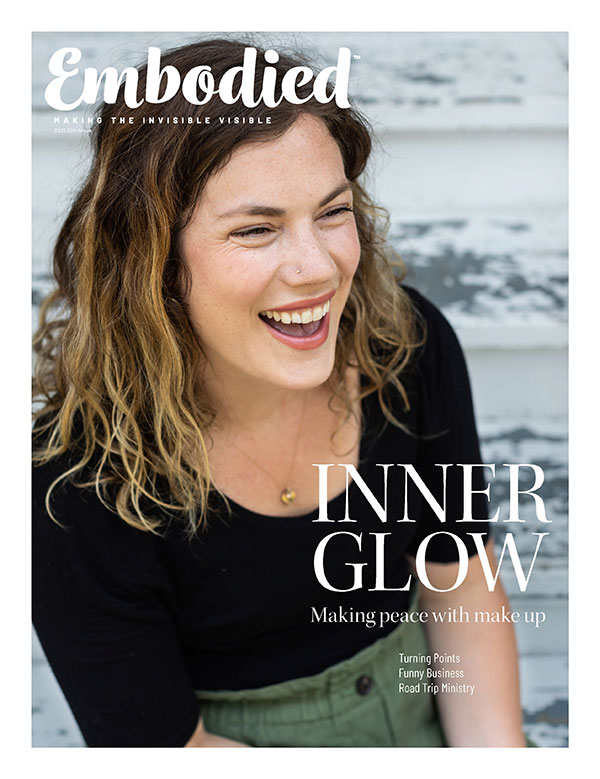